So Who is the lacebee? 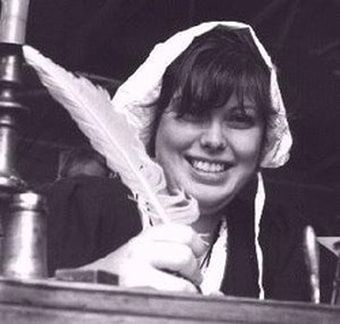 A new group was starting up at Willesden Telephone Exchange and as I was based just up the road at Shootup Hill, Kilburn I took the opportunity to learn to make lace.

In case you were wondering - or even if you were not, my gender.  ​Not sure which raises more eyebrows the idea of a phone engineer making lace or the fact that I was one of only 13 female phone engineers in London back in 1990.
At the time I was also an active member of the Sealed Knot and the Siege Group then later with ties to 17th Century Life and Times who really brought history to life (I know they all say that!). The picture above is me is from a publicity shot around 1998.